The US micromobility services market is expected to boom in the next few years with more states and cities jumping on the bandwagon and testing the waters. New York City was recently in the news for a pilot plan that intends to test the impact of e-scooters and create a reliable system.

The market is rapidly developing, not just in the US but in several European countries as well. What started as a way to solve traffic problems has developed into a great business. However, it’s not easy to be a part of this industry due to stiff requirements including legal issues.

Companies have to meet certain obligations to get a license to operate in the US. The right insurance can help businesses navigate this tough route and gain a competitive advantage.

A large number of big and small companies like Spin, Lime, and Bird are presently operating or vying for a larger position in the US.

Many of these companies have already carved a niche in the industry and are successfully operating in many European markets. However, it’s not an easy industry to tackle, especially due to the presence of negative news such as e-scooters causing problems such as congestion and injuries.

Some states are still not sure about micromobility and if it can be a profitable endeavor. Businesses are working to change the opinion, but it can be a difficult battle as they have to take care of several issues, such as:

It is the job of micro mobility companies to convince society and regulators that it is safe to use e-scooters and other such options. They must take steps to ensure others look at them as viable solutions for the traffic problem. This is where insurance comes into play.

Insurance – Not an Easy Option

We must also mention that Bird, one of the largest names in the industry, is headquartered in LA.

Its insurance requirements were pretty stringent and included the following:

Other cities in the US appear to have taken note of LA’s lead. There are similar requirements in several others including Atlanta, Kansas City, San Jose, and San Francisco.

Most municipalities in the country have the following requirements:

Most states or cities have no problem meeting the $1 million requirement for employee benefits. However, some counties omit E&O and cyber coverage.

As for an umbrella policy, coverage varies widely from location to location with LA having the highest requirements at $5 million.

Planning Micromobility Coverage: How to Get The Best Results

Merely having insurance might not be enough, one must structure it properly to enjoy all the benefits. Here’s the secret:

Micromobility businesses face a variety of risks including injury claims, rider injuries, product malfunctions, and cybersecurity. Companies must assess all risk factors and consider available insurance options so they can choose the one that provides the most coverage.

It might be a good idea to combine general liability coverage with a detailed umbrella program, known as Excess General Liability, for better protection.

Remember that most cities require companies to have excess coverage – at least $2 million aggregate and $1 million per occurrence. Businesses might not be allowed to operate unless they meet this requirement.

Umbrella coverage does a good job of providing coverage. A standard general liability policy might not always be enough as damages and related costs can often be very high.

As a business, you must take steps to reduce the risk. Make sure to hire the best of workers, use vehicles that are safe, and pay special attention to maintenance.

As a business, you must take steps to reduce the risk. Make sure to hire the best of workers, use vehicles that are safe, and pay special attention to maintenance.

Do not make the mistake of putting off or ignoring maintenance as it can result in long-term and more serious issues. Also, keep an eye on changing legal requirements.

It’s also important to be aware that since it’s a developing industry, regulations are expected to continue to change.

The Future of Micromobility

Despite the naysayers, micromobility is more than just a ‘trend’. Stats show that it’s here to stay and has been growing at a high rate. The market is expected to expand at 13% CAGR, which makes it quite an attractive industry to invest in. It is expected to hit the $300 billion mark by 2030.

Insurance professionals are of the idea that first and last mile transportation has a lot of potential as it requires several improvements. It’s believed that insurance plans can help micromobility companies find the success that they need.

More and more businesses are entering the market, including some startups that appear to have new ideas. Experts believe that the following factors have greatly contributed to the success of micromobility:

While the growth is great, it does come with some challenges. The right plan and insurance can help businesses tackle these in the right manner.

The Lime App Gets Friendly – adds Rival, Wheels to the Platform

Already the largest provider of shared micromobility services worldwide, Lime has decided there is more room on the…
bySara Jones 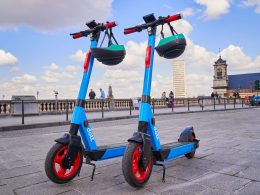 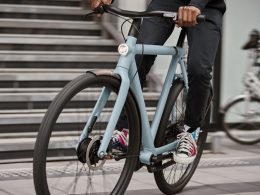 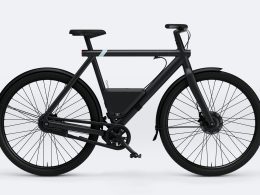