The pandemic stay-at-home orders shook up everyone’s normal office routine, including the commute now reduced to a few steps from the bedroom to the “desk” at the kitchen table.

While that may be temporary, no one denies that our established norms of office life versus home life have been upended.  We are redefining when to go out, what we do while out, and how we get there.

The new local – the local radius gets smaller.

The 15-minute city concept, popularized by Sorbonne Professor Carlos Moreno, envisions cities will evolve in such a way that everything one needs will be accessible within a 15-minute radius – from residence to work, to retail to leisure.  City planners and local governments have heard the call.

Paris, France Mayor Anne Hidalgo, is in the process of revamping the city’s mobility culture and sustainability to achieve the 15-minute city lifestyle.

The Chamber (City Council) of Dublin, Ireland launched its “15-minute city Planning Vision” to push the creation of communities where people can access their daily needs within 15 minutes of active transport, such as walking or cycling.  Combining a review of existing infrastructure with proposals for improvement, they foresee corresponding housing and green space development, and access to key public transport as key goals to be implemented.

As a model of the future, Melbourne, Australia set in motion a pilot program in one community as a test case to realize eventually the 15-minute plan on a city-wide basis.

What about the office?

The pre-Covid model of offices and other businesses in urban centers, while most populous residential areas surround the hubs, will change. Bringing offices, co-working centers and housing closer together means mixed use for both; areas previously designated as business will add residences and vice versa.

As described by Ian Mulcahey of Gensler, an international architecture and design firm, in the near future we will see blended environments, not separate work and living areas of our cities.  Excess office space will be re-purposed, other locales such as art gallery foyers or transit halls can be transformed into co-working hubs or performance spaces, as needed.

The new flexibility of alternating between remote or office work will not eliminate the office, rather it will concentrate its use on its main benefit; planned meetings for in-person sharing of ideas, knowledge, collaboration an innovation.

“Hybrid location work is the future,” says Josh Bersin of Bersin Associates Consultancy, and it will be accompanied by the need for easy transport, preferably sustainable, and high quality connectivity everywhere.

Neighborhood economies and local governments will have to adapt for more walking, bikes and scooters, to smooth the transition for 15-minute cities to become a reality.  That is good news for MaaS providers and urban dwellers alike.

Ultimately the 15-minute cities will be a more livable and attractive for residents and their local economy.  As promoted by Aebhric McGibney of Dublin Chamber, “reduced congestion and pollution, enhanced public spaces, thriving local economies and efficient public transport” are benefits Dublin, and indeed any city, would gain as the 15-minute city proves transformative where implemented. 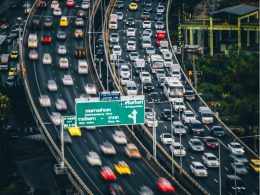 Why Collaboration Is the Key To Revolutionizing Mobility

There’s a lot of potential for innovation in the mobility industry. We have already seen Mobility-as-a-Service (MaaS) startups…
bySara Jones 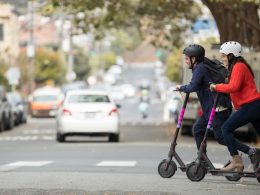 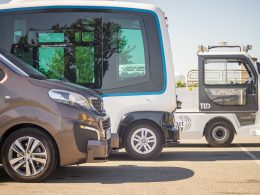 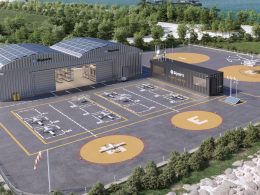